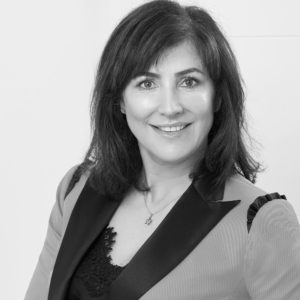 Dr Leone has been performing facial injectable treatments for the past 23 years. She is on a number of Advisory Board Committees for cosmetic uses of muscle relaxant injections and dermal fillers.
Dr Leone has trained doctors and lectured on the use of cosmetic injectables in Australia and at international conferences in China, Japan, Singapore, Malaysia, India, Philippines, Vietnam, Hong Kong, South Korea, South America, Holland and France since 2002. She was the key note speaker for the launch of Botox in Vietnam in 2007 and the launch of Juvederm in India and China. Dr Roberts has published in a number of scientific journals.
In 2016 she was invited to be part of a group of 6 female specialists from around the globe to increase female presence on stage when educating peers on aesthetic medicine. The group is called FLAME.

Stefania Leone has been a Phlebologist since 1997. Dr Leone is current Chair of the Victorian Faculty of the Australasian College of Phlebology.
Dr Leone performs all the latest treatments for lower limb venous disease including endothermal ablation, Cyanoacrylate Closure, CAC, or “glue” since 2014, ultrasound guided sclerotherapy and sclerotherapy for cosmetic veins. She presents regularly at venous forums in Australia, Asia, Europe and South America. Dr Leone has published in several medical journals.
Dr Leone has a passion for humanitarian work and has been a part of several missions with International colleagues dealing with chronic venous disease of the lower limb in Nicaragua (Amigos de Salud) and Argentina since 2015.